It seems to me that the most important thing about paintings is to paint them. And when I say this I’m not merely being funny! The thing is there are plenty of paintings hanging about, waiting to be painted. They are to be found wherever there is life and movement, something odd, something that elicits your response. A city, despite its disturbing anarchy, is like that. If you are really alive, and not merely making motions of it, you will express your reactions in a painting, a poem etc. For whatever happens, sets off other happenings in your own mind. And this is a kind of action too, a mental one, but which may need a medium to express it in.

It is so we have Renuka Sondhi, bravely coping with the usual life trying circumstances. In painting, as painters will, she enlists nature and other objects to express her deeper feelings. There may be pain, there may be insoluble problems, but these are ignored and instead what comes out into her vision is joy, the joy that- leaves, ivies and grasses provide.
In doing this is no facile ‘happiness’ but the equanimity of peace. And Renuka’s work is like that. The best of it is entirely pin-pointed on flora, not factory made objects. While in some other compositions she does introduce, indigestible materials of use, even in these, she attempts, to salvage by juxtapositions with nature’s serenity. 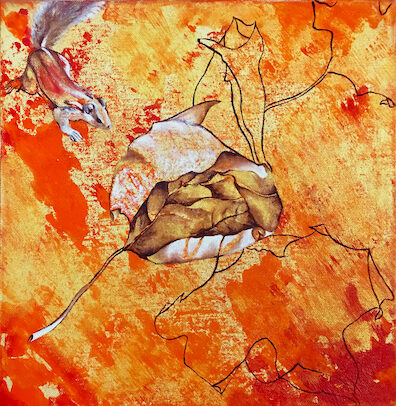 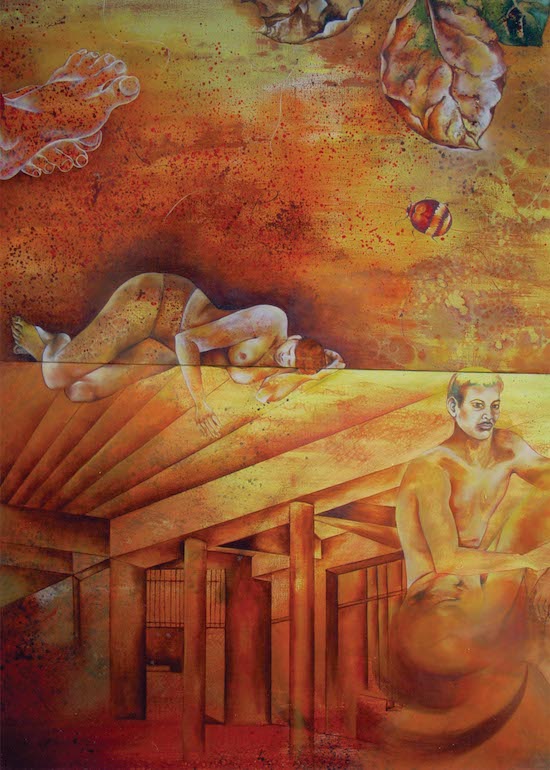 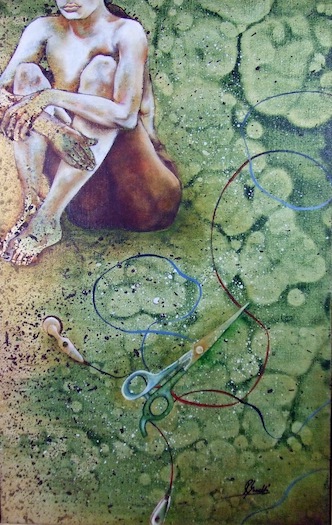 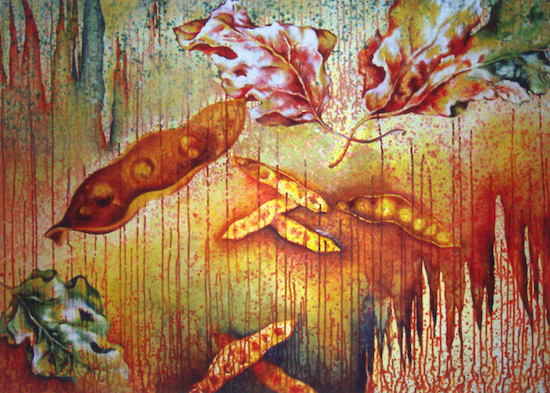 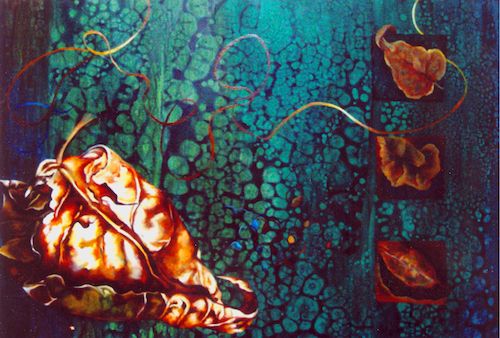 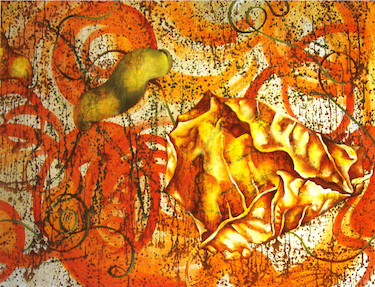 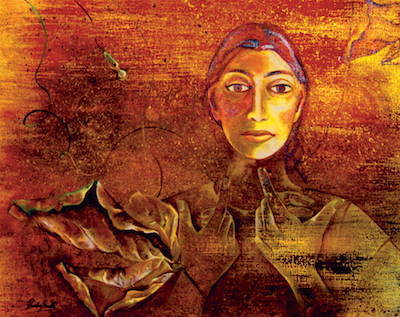 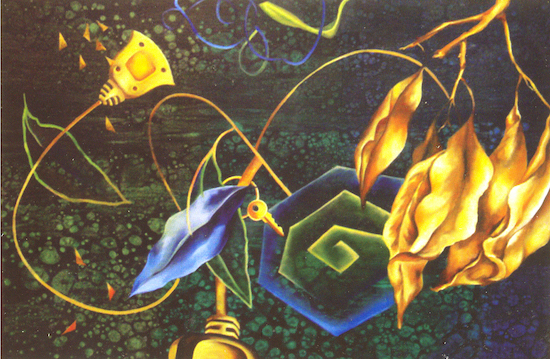 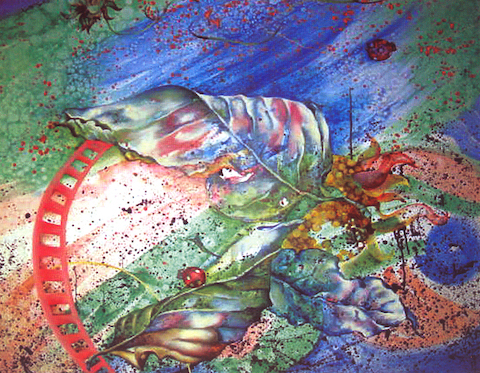